Why Caviar Might Become the Next Big Sports Supplement 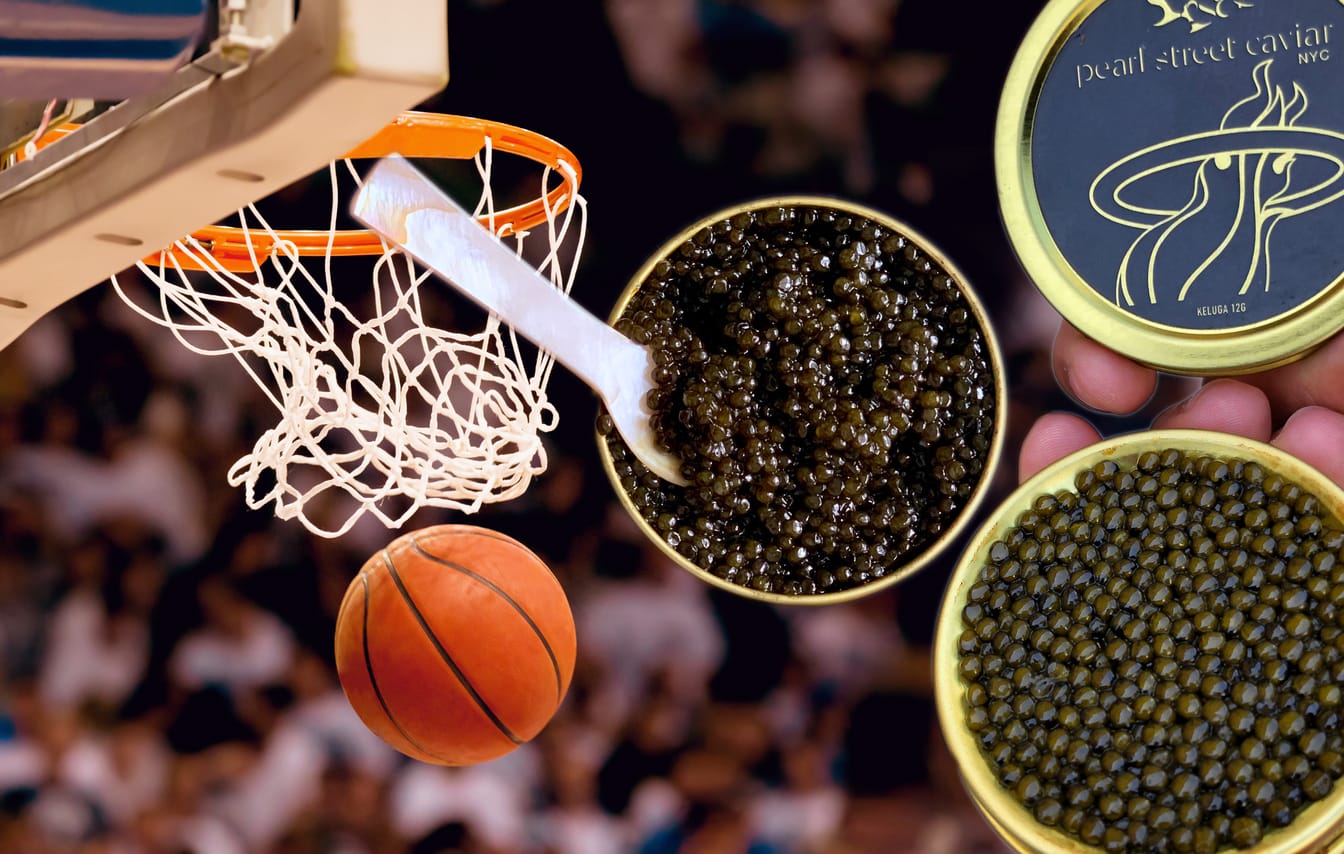 Aspiring athletes are always looking for that next big health food to give them the competitive edge. Right now, especially in the NBA, that happens to be plant-based meats, with big names like Damian Lillard, Kyrie Irving, and more jumping onto that movement.

While a vegan product is taking up the athletic spotlight right now, one item is gaining some traction and the possibility of being the next nutrition craze: caviar. The fish eggs, more widely known as a delicacy, just recently got selected to be part of an NBA Labs project. Tins of Brooklyn-based Pearl Street Caviar can now be purchased with logos of various basketball teams on them, signifying a co-signage between the basketball community and the consumption of caviar. This is the latest, but not the most recent, example of caviar and sports associations teaming up. In 2015, the Swiss Katusha cycling team got brand Caviar de Riofrio to sponsor them, which included supplementing the athletes with tins of the fish eggs.

Look, I know how crazy that sounds. Caviar is a luxury good rarely seen outside of fine dining, right? What are NBA players, or athletes in general, going to do with such an expensive, tiny scoop of fish eggs?

There’s actually quite a bit of potential for what anyone can do, as the narrative around caviar is beginning to change. As caviar has increased in production volume while maintaining a high quality, its price has begun to drastically drop, to the point where even the NBA was confident enough to put out tins of the luxury good with team logos emblazoned on it. Given all of the nutritional properties caviar possesses and its potential to drastically increase in accessibility, it could very well be a food that we all begin to eat as part of our active lifestyles.

Caviar may just be regarded as an expensive, frivolous accompaniment, but it actually comes packed with a ton of nutrients. Sarah Dimitratos, a registered dietitian and PhD candidate in nutritional biology at the University of California, Davis, told Foodbeast that in particular, caviar can match and even surpass sports drinks in certain scenarios.

A single ounce of caviar contains significant amounts of minerals like iron, magnesium, and calcium, according to the USDA’s Food Composition Database. It also contains nearly the entire recommended daily value of vitamin B12, one of the key nutrients we need in our diet. For reference, an ounce of caviar would be approximately 3 full scoops of caviar from one of those ornate, miniscule mother-of-pearl spoons they typically come delivered with.

That’s not a lot of caviar, but it still has 7 grams of protein packed within it, which is surprising given how small a portion is. You would definitely need a larger tin to get to the equivalent of a scoop of protein powder, which may not be possible given the whopping amount of sodium you’d ingest (420 mg per ounce). However, when treated as a complementary recovery item, like a sports drink, it could act as a more natural and bio-available substitute.

Dimitratos doesn’t recommend using caviar as a protein supplement, however, seeing as you need 3 servings worth (and nearly a day’s worth of sodium) to get the equivalent of a meal or snack. “It is generally recommended that active individuals consume meals or snacks containing 20-30g protein, spaced every 3-5 hours throughout the day to maximally stimulate muscle protein synthesis,” she stated.

Thus, while it may not make sense to replace your protein powder with caviar, it can be something you could consider instead of a sports beverage mix. Dimitratos implied that it could be more beneficial, since “obtaining nutrients from whole food sources (like caviar) is generally regarded as best practice due to enhanced bioavailability.”