Years before it happened, the intention was set. When Lily Fischer first began her baking business, she said her goal was to someday bake for Beyoncé. In a kind of Oprah/The Secret way, she put the idea out into the Universe.

In 2017, less than a year after opening her first brick and mortar outpost of Cake Life Bake Shop with friend and business partner Nima Etemadi, they got the call.

“Our sales woman got off the phone and said, ‘What is Jay-Z’s real name? I said, Sean Carter, and she said, ‘Oh my god, I think we’re making a cake for Beyoncé.’”

Three days before Jay-Z’s yearly Labor Day weekend Made in America festival, Carter’s rep was hoping to order one of Cake Life’s geode cakes, which feature rock candy beautifully crafted to look like a vibrant rock formation, and typically require ordering at least two weeks in advance. Of course, they made it work, and Fischer, along with head chef Becca Craig, delivered the cake to the two-day music and arts festival headquarters. 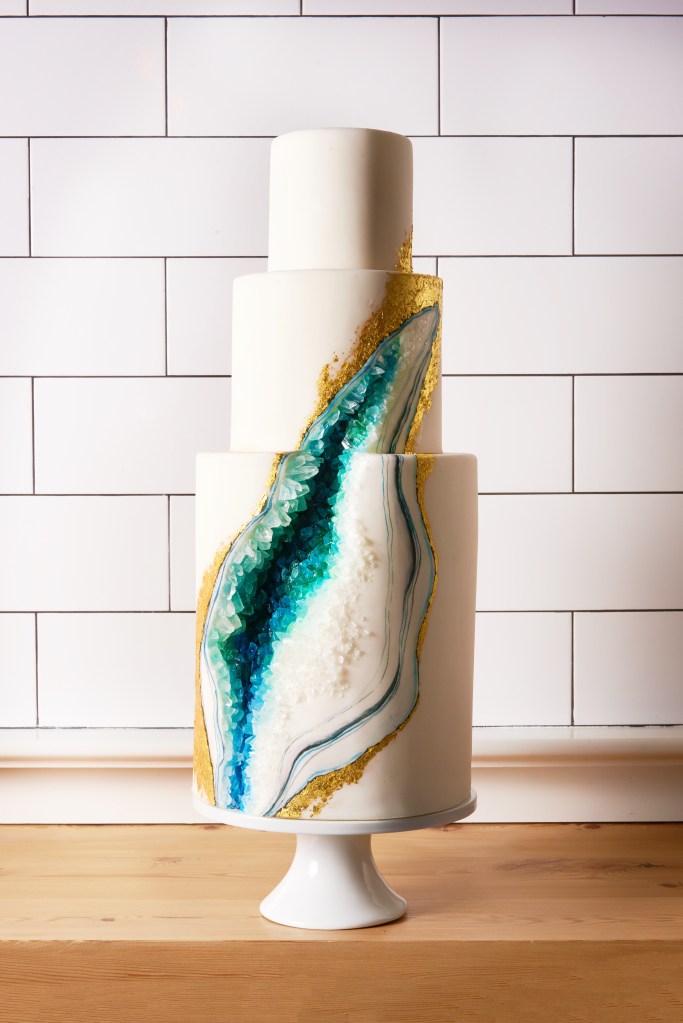 Made with honey lavender cake and a honey-goat cheese frosting, the three-tiered, black-and-gold, crown-topped stunner took inspiration from a Queen Bey Grammy ensemble. “We thought, let’s recreate it from that iconic performance where she was pregnant and looked like a goddess,” Fischer recalls.

When they posted photos of her cake to Instagram, the story blew up, and Cake Life was fielding calls from Bravo, Page Six, Yahoo Australia, and more outlets around the world. But perhaps the most surreal moment came two days later, when Fischer got a call from a blocked number: “They said, ‘Beyoncé wants you to know she loved her cake.’” 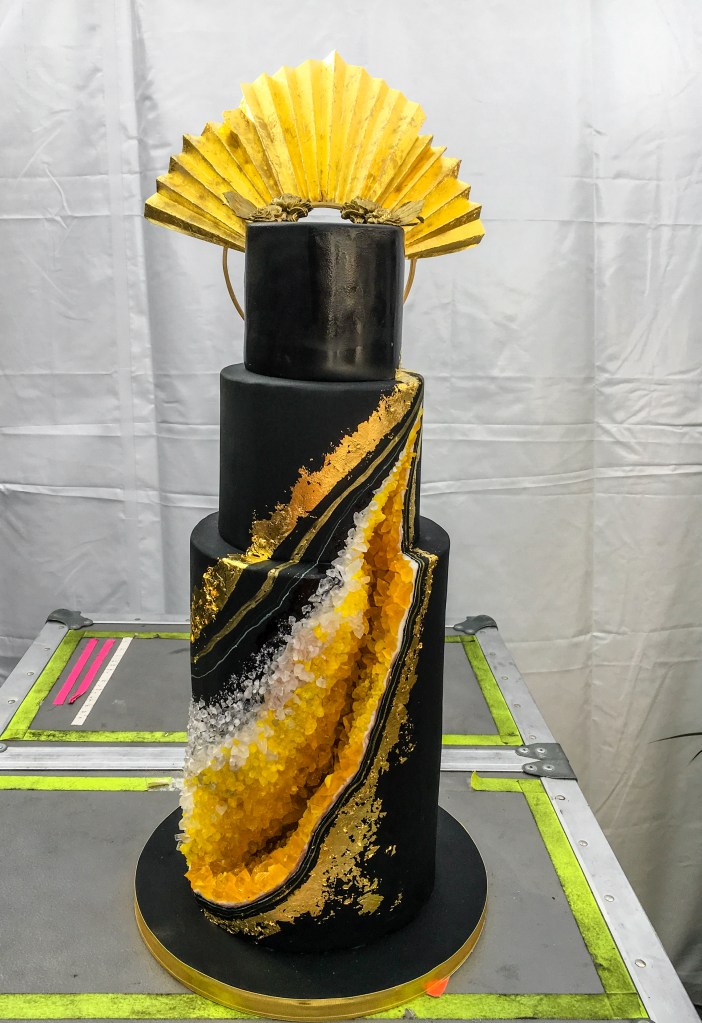 Fischer started her career as a preschool teacher, and launched her business by baking cupcakes for co-workers before abandoning plans to go to grad school in favor of enrolling in a baking and pastry program. While in school, she had a simple website advertising her cupcakes that she calls “horrific”, but it was good enough to attract the attention of the producers of Cupcake Wars, on the Food Network, who asked her to audition for the show. “You had to submit a video, so like any good Philly gal, I made a Rocky spoof,” she says.

Fischer missed her culinary school finals to fly out to Los Angeles to tape the show, and won. Her business partner at the time—a co-worker at the preschool—didn’t want to change careers, so with her prize money, Fischer opened a bare bones commercial kitchen in northeast Philadelphia and jump-started her new business.

A year later, Fischer was asked to return for a champions episode of the show, but needed a new partner. She reached out to Etemadi, with whom she had attended Sarah Lawrence College. Coincidentally, he had just left his job as a magazine editor in New York, and was enrolled in a pastry arts program in culinary school. Just as Fischer had years earlier, Etemadi skipped his own finals to attend the taping, and she convinced her friend to relocate to Philly soon after. 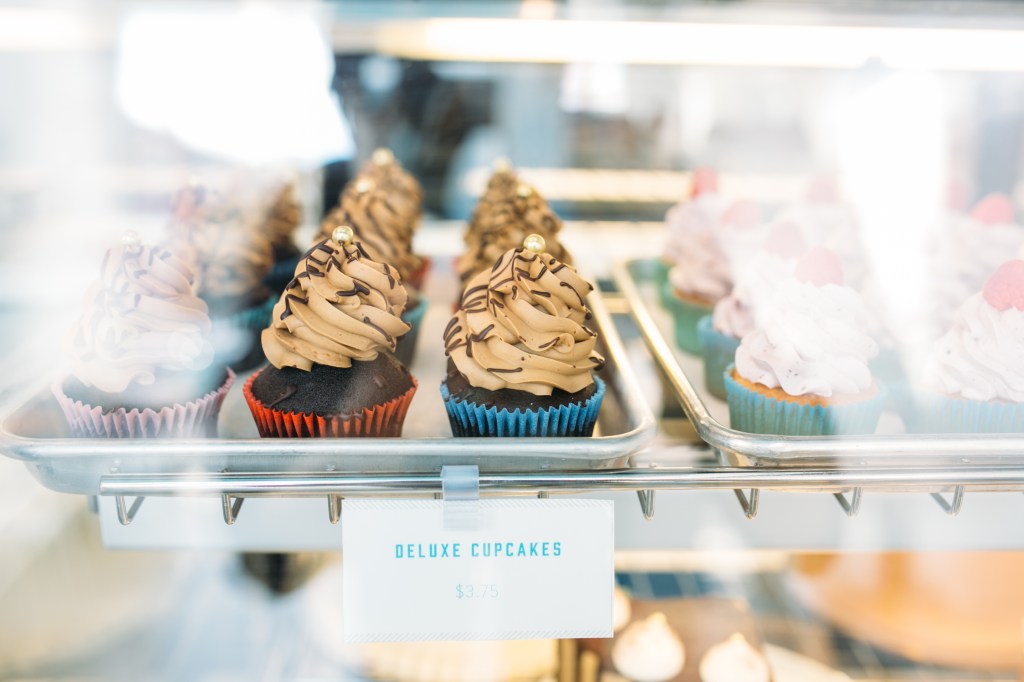 First, though, Etemadi insisted they changed the name. “It started as A Cupcake Wonderland—we bake your dreams come true,” says Fischer. “We were preschool teachers!”

The goal for this new venture was to fill the void that the pair saw in Philadelphia’s bakery landscape. “There are incredible Italian bakeries,” Etemadi says. “It’s not what we’re doing, we wanted to be modern, American with a French technique.” For a city known for its top notch Italian sweets like cannoli and ricotta cookies, it’s surprisingly hard to find a traditional birthday cake outside of a grocery store.