Skip to content
You are here:Home-Industry News-The Diner That Every Future President Must Visit

The Diner That Every Future President Must Visit

New Hampshire’s Red Arrow Diner is the one thing all sides — whether Democrat, Republican, or independent — can agree on Over the course of a two-year presidential campaign, a candidate will visit hundreds of restaurants as they try to convincingly demonstrate that they’re just like the rest of us — and that they deserve our vote. Most restaurants are lucky to see a single presidential hopeful even once, a fly-by-night celebrity doling out an even more fleeting brush with fame. Some, however, become fixtures of the trail: In Iowa, the Western-themed Pizza Ranch, a regional pizza chain that says its goal is to “to glorify God by positively impacting the world we live in,” is a Republican favorite, while it’s difficult to find a Democrat who would turn down a visit to Iowa City’s Hamburg Inn No. 2 for one of its pie shakes.

The ne plus ultra of campaign trail restaurants, visited without fail election cycle after election cycle by Democrat, Republican, and third-party candidates alike, is the Red Arrow Diner, a century-old, 24-hour diner in Manchester, New Hampshire. A political consultant could not imagine a better stage for the practice of person-to-person politicking: The Red Arrow boasts a diverse cast of regulars; its walls are lined with decades’ worth of newspaper clippings and photographs of famous customers, including hometown hero Adam Sandler; and its menu is uncut Americana, with dozens of items, from diner classics like hot turkey sandwiches or steak and eggs to more outré fare, like a mug filled with 20 strips of bacon. 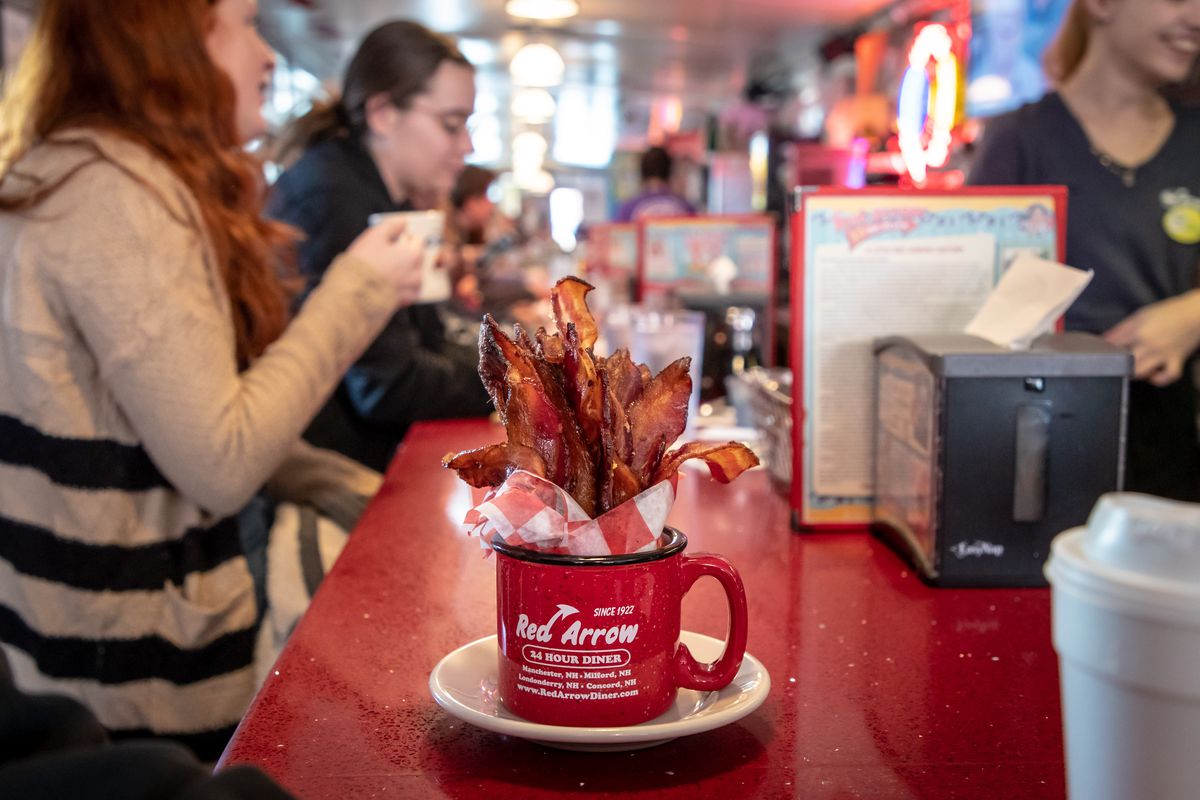 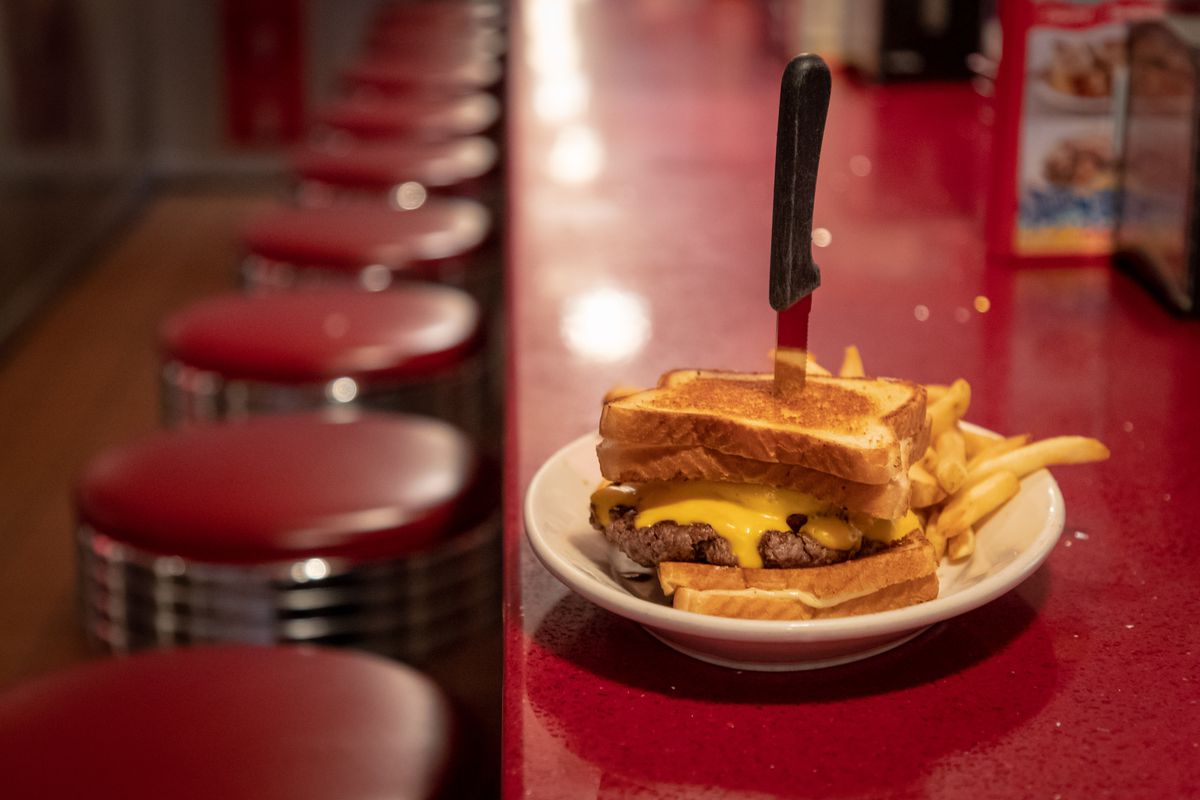 The Newton Burger, which is now called the Trump Tower Burger

New Hampshire’s primary is the first in the nation, just days after the Iowa caucuses, and its voters place a premium on “retail politics” — the standard baby-kissing, glad-handing, flesh-pressing, and earnest head-nodding that are the foundation of a politician’s rapport with voters. As the premiere venue for crowd-working in New Hampshire’s most populous city, the Red Arrow occupies an outsized place in Granite State electoral politics — it has been a Jeopardy! clue — and it plays its part eagerly. “Would you like to schedule a political visit?” the top of its website beckons, while dozens of presidential hopefuls gaze down on patrons from the walls. Al Gore, Hillary Clinton, Ben Carson, Barack Obama, John Kasich, Ted Cruz, John Edwards, and Donald Trump can be seen in a single glance. 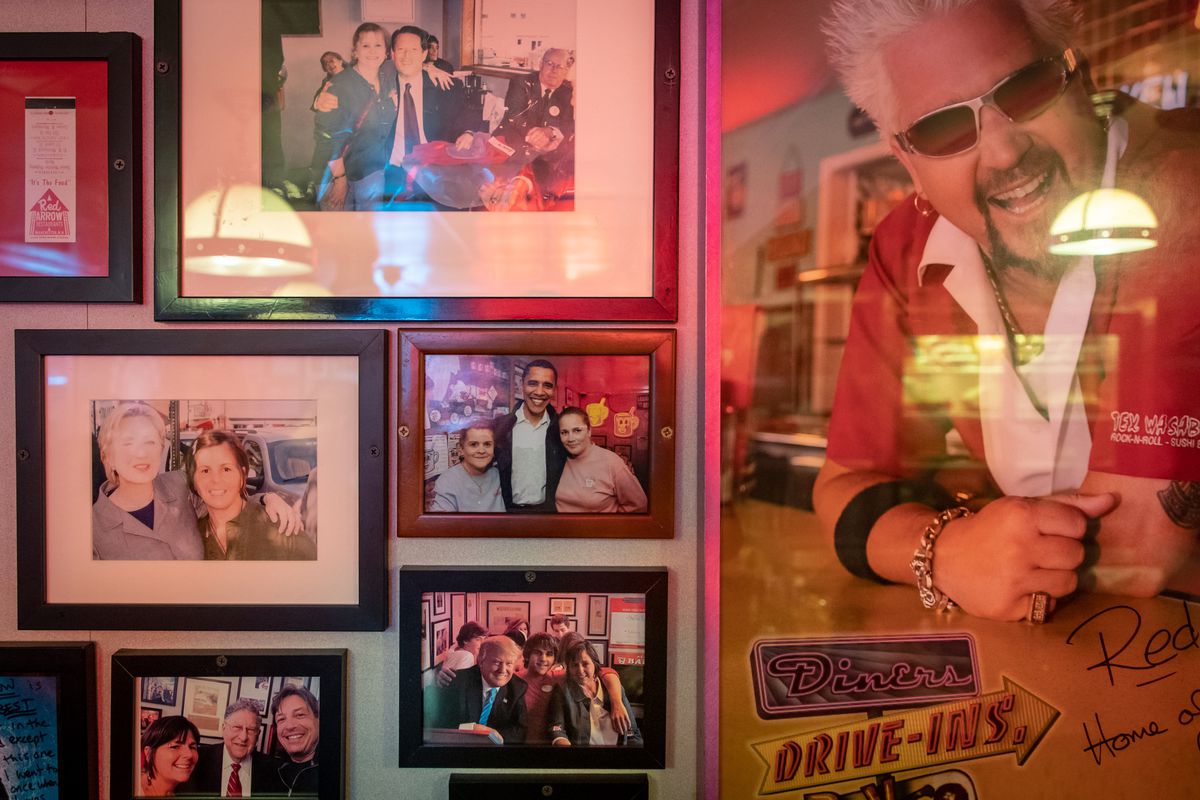 Even Trump, whose 2016 campaign was marked by its near-total rejection of traditional retail politics in favor of mass rallies, could not avoid a visit to the Red Arrow — which has since rebranded its most gluttonous creation, the Newton Burger, which consists of a half-pound of ground beef, a deep-fried ball of mac and cheese, and two slices of melted American cheese, all wedged between two whole grilled cheese sandwiches that serve as the bun, as the Trump Tower Burger. As the Associated Press once put it, “It may not be spelled out in the Constitution, but the simple fact of the matter is, you really can’t run for president without grabbing some grub at the Red Arrow Diner.”