Skip to content
You are here:Home-Industry News-Joanna Gaines Will Host a Cooking Show On New TV Network, She Says

Joanna Gaines Will Host a Cooking Show On New TV Network, She Says

Designer, mom of five and Magnolia brand executive Joanna Gaines is reportedly making room on her already-full plate to host a cooking show on her upcoming television network, she revealed on Thursday.

The former “Fixer Upper” star seemingly confirmed the news in an appearance with husband Chip on “The Tonight Show” with Jimmy Fallon on Nov. 8, filmed at the University of Texas at Austin.

“I don’t want to tell you how to do your network, but I would do a cooking show if I were you,” the “Tonight Show” host joked. 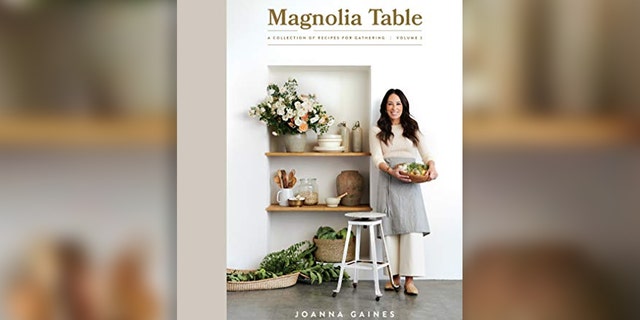 The “Magnolia Table Vol. 2” cookbook is officially available for preorder, and will hit shelves in April 2020.  |  Photo Credit: Magnolia/Joanna Gaines

“I’m cool with it,” Chip jumped in. “You’re talking to the executives of the Magnolia network, and when Jimmy Fallon says Jo should do a cooking show, I vote that Jo does a cooking show,” he laughed.

Though the Gaines’ have since stayed mum regarding the future program, Discovery seemed to confirm the cooking show in a statement published Nov. 8.

“Additional details will be released in the coming months, but this marks the first official sign of Joanna’s return to television,” the media company told The Wrap.

Fans of the 41-year-old lifestyle star can likely look forward to getting the inside scoop on Gaines-approved dishes — like pancakes — on her future show, as evidenced by the snapshots Joanna occasionally shares to Instagram.